Meet strange characters all over the multiverse and get them naked via a Match-3 game!

Notes:
Now we have a Tetromino mode! You can change it in the options menu!
The game should work fine on mobile, but if you are having issues with dragging and dropping the gems, you can go to options and change it for a click on each gem system.

Also, there is a difficulty setting in the options menu, in case the game proves too hard.

The game has art from:

Thanks to my  Patreon for their support that makes these kind of games possible!

It's a very simple and emotional game.

The credits section on the game has a link to the composer's site.

is trent from magical battlers in this game?

The game is very good,can do a spanking short story?

Thorg in the first world in the begining

In Auris revisit the Riverside and Lemnos City.
The other two are Duncan and King Ector from the Opponent list, you might have to defeat them.

This game is so adorable! Love the chubby hunks! The art is fantastic.<3

Kudos. I admire your vision

I think the time system in this is too lenient i mean 25-30s for every move is way too much time unless you play it like 4D chess lmao maybe like this:you still get 25-30s but every match only restore 4s(yes combo also extend it)so player have balance making optimal move v.s having enough time on their hand and also time run out mean insta lose.(This game is abit hard with the score system you need to combo alot so the timer isnt the main challenge it just make it more engaging)

The newest character (red big guy with a tail) should be in the volcano.

ok i found him i hadent beat the lobster guy yet

I loved to see the grounded rabbit, is there a way we will see that game here on itch?

Not at the moment.

I developed a VERY BIG vice, for this game, it is too entertaining, my respects! and please! make more games like this!

Thanks.
At the moment I'm still adding new content to this game.

I hope the game have more "Talking" and Some "attitude" that the more u have the more close u are to the Character :)

I hope the author will add a spanking version (naked), in the case of retaining the ManCandy Crush gameplay, change all the ManCandy Crush characters to have their heads facing us, all other parts turn their backs to us, and remove them when they reach a certain score A layer of clothes or pants, after a successful one-minute beating (mouse movement), the butt will turn a little red after every 10 hits, and the butt will be the most red when hitting 100 times, this is my suggestion, I hope it can be implemented（ass to round）

dont know if it's only my problem but the construction worker doesn't render :(

This may not seem so easy, with consecutive eliminations yielding higher scores, and sometimes sacrificing points to swap gem positions for higher scores. In short, luck is the main ingredient.

The reindeer lost badly on the Patreon poll, so I decided to add him in the background as a cameo at least XD

lol I'm surprised, he was hot. thanks for the cameo though

The reindeer lost big on the Patreon poll over the bear and the dog... so he ended up being left out.

At the moment the game is only web, but I am considering making a downloadable version.

Hey can someone please tell me who's the artist for Captain Yarion?

That would be Makumoon. If you go to the gallery section, all the art is credited with links to the artist's social media.

Oh thanks. I thought that the art looked really familiar.

Another question, can I save progress? If yes, how?

Progress should be saved automatically in the browser as long as you are not browsing in incognito mode.

hmmm, can't wait to maybe see a certain alien from another one of your games... 👀

also i hope eventually you'll make it so the characters have different expressions depending on how close you are to defeating them (naked, hard, etc)

I'LL stick with the matching game I really despise tetras

hey, there's three missing characters in the gallery still even after playing the whole game.

they're the second, third, and fifth in the top row, first screen of the gallery.

I don't know if those are just a glitch and they never actually got added, or if it just isn't letting me go to the last few stages of the game, but either way i don't remember seeing them and they aren't discovered yet.

Just letting ya know! Great game btw (King Ector and Bern my beloved, i swear i could fit my whole head in their belly buttons<3)

All those you say are missing are characters you unlock after winning against Timmy™ at the Riverside in Auris.
Have you unlocked Lemnos City on the map?

No, it never opened up for some reason, even after beating Timmy.

Each of those areas have maps that unlock new parts as you defeat the characters there.
The rest of the characters should appear in the "Look for Opponents" section.

Firstly, great game. Catchy music, nice art and satisfying gameplay if you get a nice combo.

Anyway I found a weird glitch when I fight the librarian in gallery mode. After the match the background changes to the office and if I do a rematch I fight the accountant. (with the librarian coming back out after the fight.)

Thank you so much for reporting the issue. ^_^
It will be fixed on the next release.

OH WOAH! Lustful Desires characters! What other characters are here?

At the moment Barrel is the only cameo from a game made by another author. But there are cameos from my other games.
In the gallery section you will see that each character has a link to the artist and the ones that come from another source have a link to where they come from.

Woah! I never noticed that, cool.

The touch keep freez during game

The drag and drop can have some issues with mobile, there is an option to disable drag and instead use a double tap system.

Do we get something if we play in hell mode?

Frustration and pain! 😊
That mode is there for people that want an extra challenge, nothing else.

Hey, I'm having a ton of fun with this game, but I encountered a glitch while I was playing, during my first fight with Timmy, I suddenly became unable to swap gems. They still lit up when I shoved my cursor over them, but they just refused to move.

I have seen this happen with some phones mostly. if it's an issue that persists, you can disable drag and drop from the options. Then you will only have to tap on two gems to swap them.

Awesome! Really fun game, delightful music, and great work by all the artists. Also, what a neat surprise to see your old character Carson appear!

i can't find the last person he under Steve-magical fiend

I'm not sure which character you might have missing
Bern and Dugo are the characters that are next to Steve in the "Look for Opponents" section, and they should show up if you click to find new opponents, if it's a different character you are referring to, I'm not sure who could it be.

very good, i will play it a lot of times

I am not the dev nor a Win user, but this has to be the most funny, caring and hilarious comment ever on itch.io. Well done!

i wish there was a punishment system, i want to be a pet or for someone to own me

It'd be fun if there were checkpoints or save slots, and that losing would give you a lil game over screen with both characters in it! Or maybe even having extra dialogue or relationships.

How i can play this game in android

it's a browser game, so you should be able to play on android.
If you have issues dragging the gems, you can change in the options menu to disable it and move gems by tapping the gems you want to swap around.

Now, this is killing me. All I know is he want to sneak out. Grounded?

RIGHT??? all I remember is that he wants to sneak out and theres like a, neighbor and a sex swing or something lmaooo

No matter how many times I defeat Beastr, he won't let me be his pet ;A;

I can only find five characters. I can't find any other characters, including the paintings of topi and Doji.

Both characters (a leather daddy and a viking) should be accessible via the "Look for opponents" option.
As for the rest... the new characters that are not that simple to find if you played the game before are in Auris. You have to replay the mountain level to unlock the new areas.

Thank you. I found it. 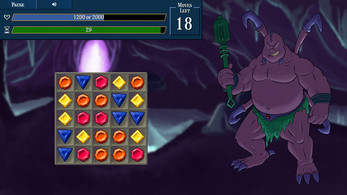 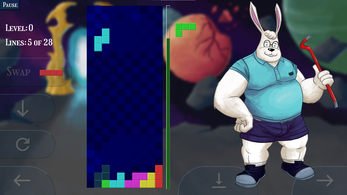 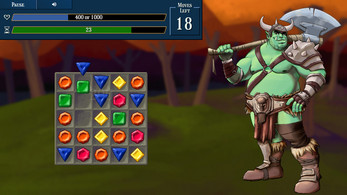 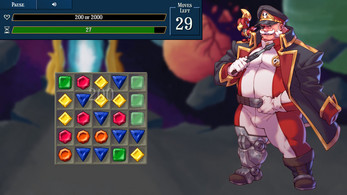